The changes in CPI in Palestine for 2019 is traced back to changes in prices of the following expenditure major and sub groups compared with the previous year:


Yearly percent changes in Consumer price index in Palestine for: 2004 – 2019 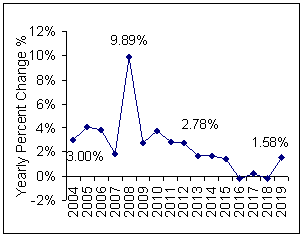 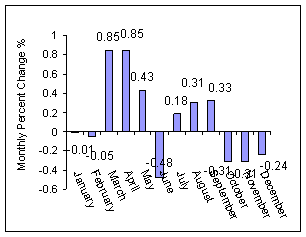 Notice:
•    The base year of Consumer Price Index has been updated to be 2018.
•    Reliance on the new version of the Classification of Individual Consumption according to Purpose COICOP – 2018 issued by the United Nation Statistic Division (UNSD), to classify major groups, commodities' and services consumed.
Notes:
*Data represent those parts of Jerusalem which were annexed by Israeli Occupation in 1967.

**Data exclude those parts of Jerusalem which were annexed by Israel