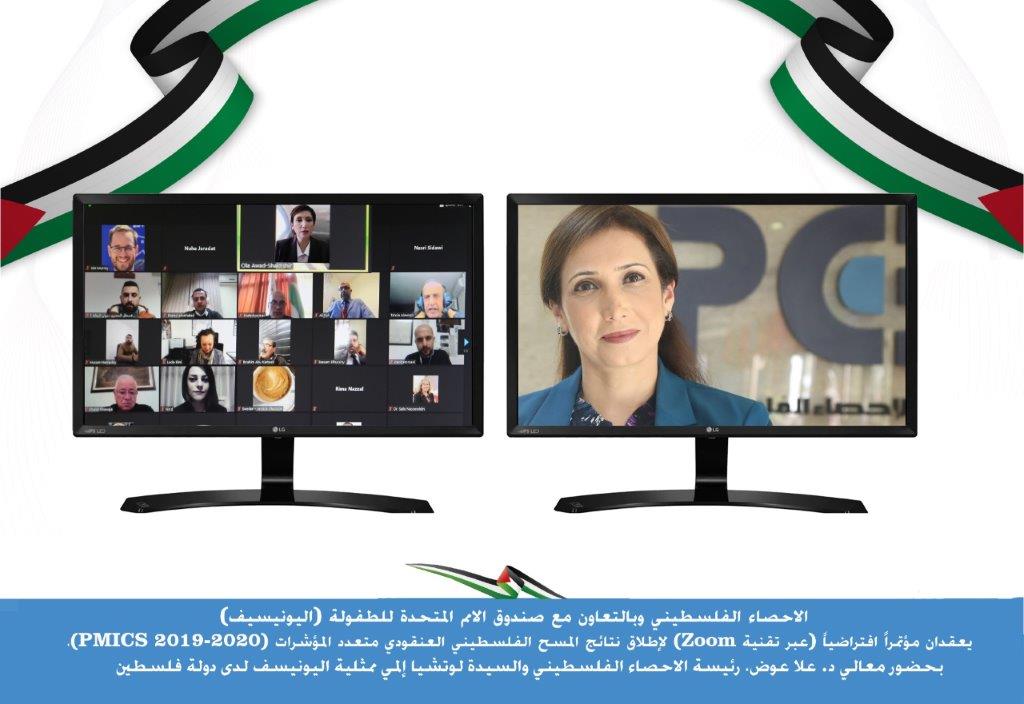 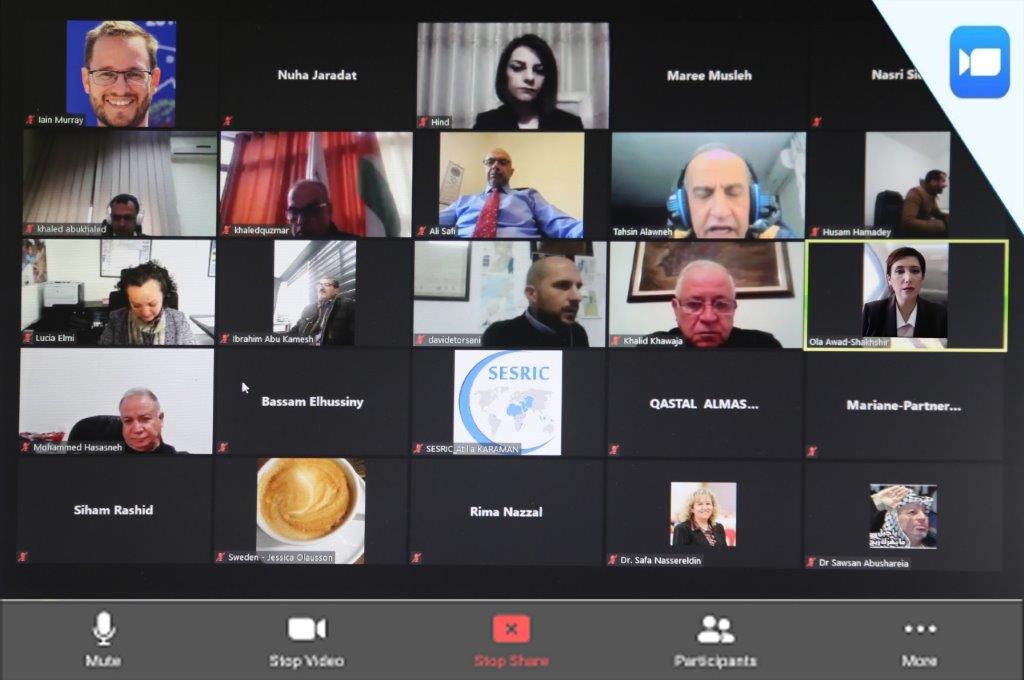 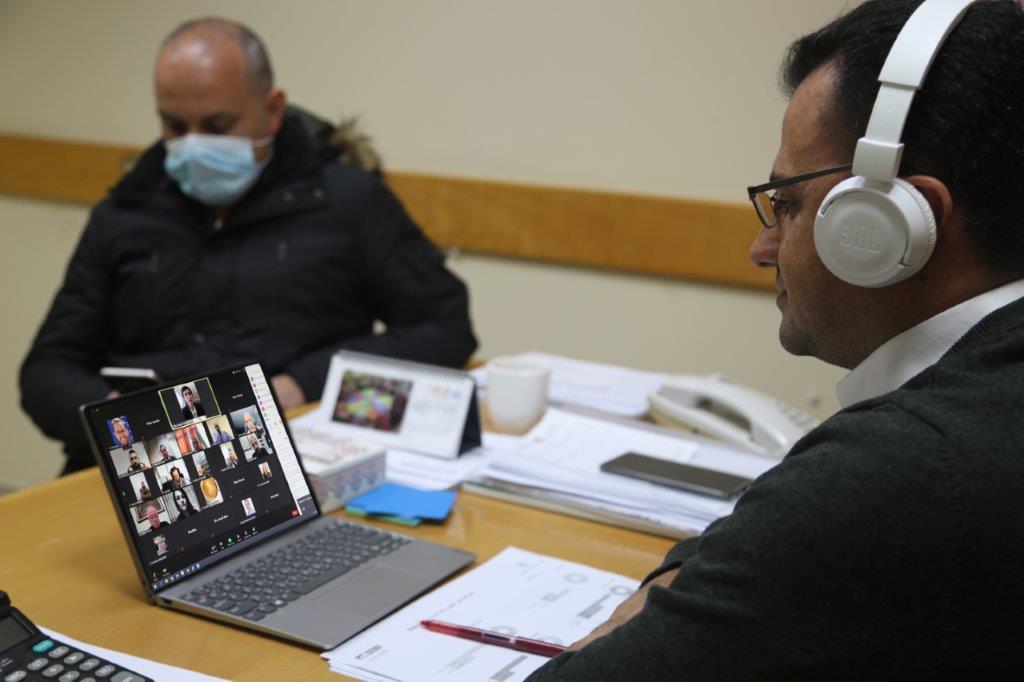 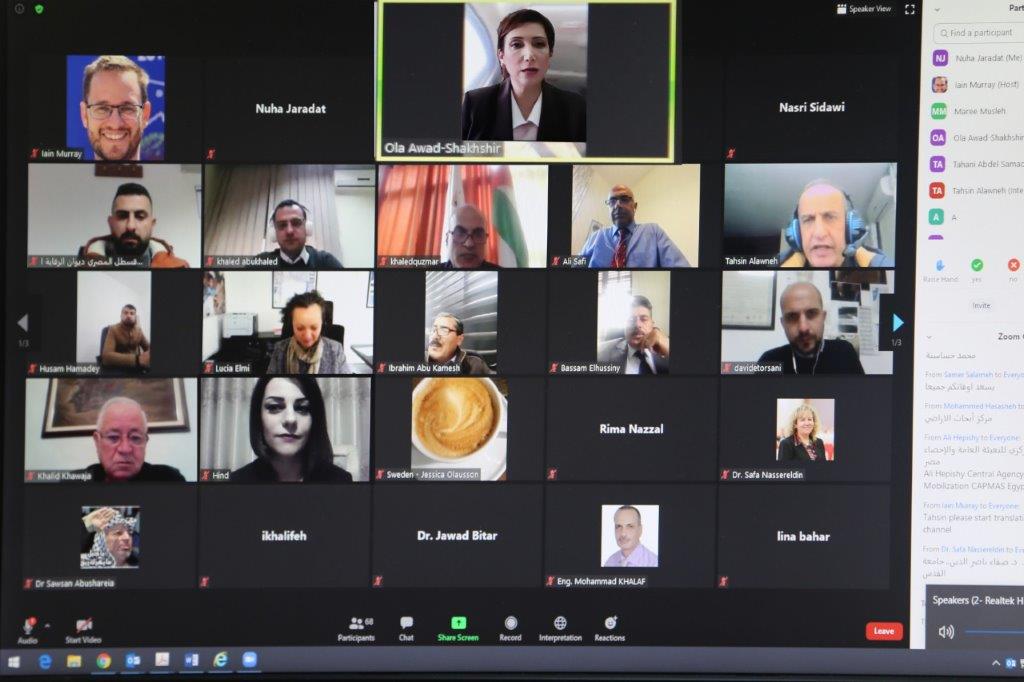 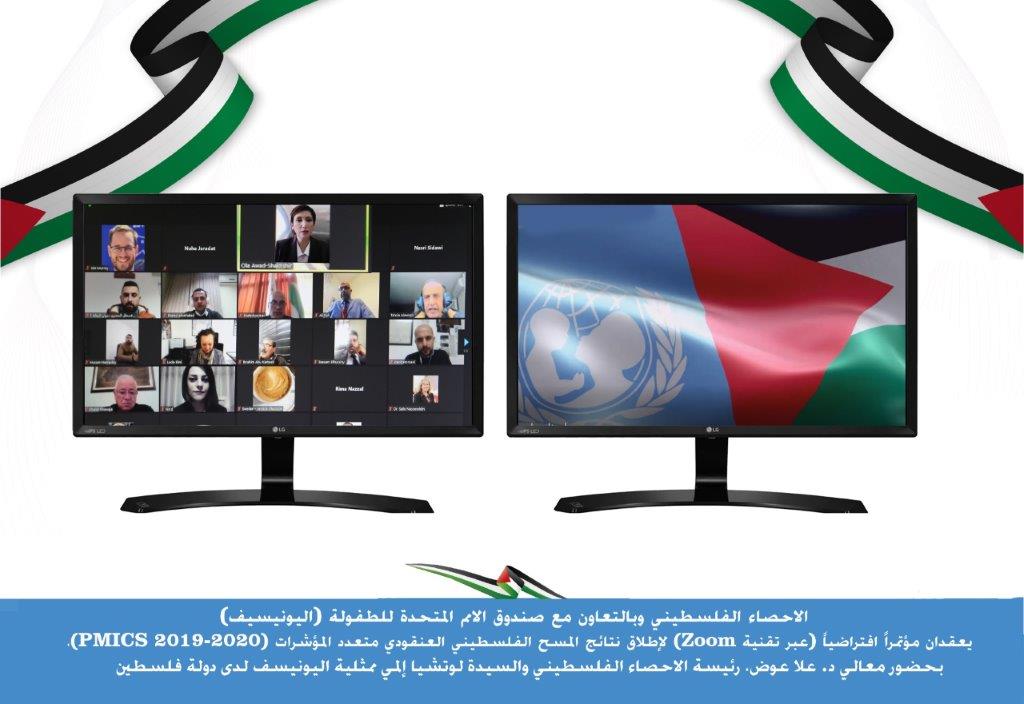 Ramallah – 15 December 2020 - The Palestinian Central Bureau of Statistics, in cooperation with UNICEF, today announced the main results of the Palestinian Multiple Indicator Cluster Survey (MICS) 2019-2020. This announcement was made at a virtual conference with H.E. Dr. Ola Awad, President of PCBS, and Ms. Lucia Elmi, Special Representative of UNICEF in the State of Palestine, and in the presence of representatives of ministries, officials and civil institutions, universities, research centers, United Nations organizations, relevant bodies and the media.

Opening the conference, H.E. Dr. Ola Awad outlined PCBS’s implementation of the PMICS in its sixth round in December 2019 - January 2020. The MICS was implemented with technical and financial support from UNICEF, the French Development Agency (AFD), and the French Ministry of Foreign Affairs, and UNFPA through a survey sample of 10,080 households.

Dr. Awad stated that the main objectives of this survey were to provide updated data necessary to assess the situation of children and women, contribute to increasing awareness of issues related to household and reproductive health. It also provided the data necessary to evaluate the progress made towards achieving the SDG 2030 and other internationally agreed goals. In addition, the MICS has made data available to decision-makers and policy-makers to monitor, develop or modify services. The survey also supports the identification of necessary interventions, and contributes to improving data monitoring systems in Palestine, and enhancing technical expertise in designing and implementing systems.

The Main Findings of the Palestinian Multiple Indicators Cluster Survey (PMICS) 2019-2020 are as follows:

More than half of married women aged 15-49 years in Palestine are currently using a family planning method, or their husband is using one (57.3%); about 56% in the West Bank and about 59%  in the Gaza Strip. Data also indicated that about 43% of women use modern methods, whereas about 15% use traditional methods. It is worth mentioning that the percentage of women at the age group 15-49 years old who used family planning methods reached about 57% according to the data of 2014.

61% of married women in the age group of 15-49 years had met their need for modern family planning methods; about 62% in the West Bank and about 60% in the Gaza Strip.

Some 98% of household members in Palestine use improved sanitation facilities that are not shared with other households. This percentage reached about 98% in the West Bank while it reached about 97% in the Gaza Strip.

The percentage of household members who have a hand-washing facility that contains water and soap was about 95%; with about 96% in the West Bank and 95% in the Gaza Strip.

Malnutrition among Children Under Five Years

Stunting prevalence: 8.7% of children under the age of five years in Palestine suffer from moderate and severe stunting. The percentage was 8.5% in the West Bank and 9.0% in the Gaza Strip. When comparing the results with data of 2014, the 2019 percentage has increased,  as it was 7.4% in 2014.

Wasting prevalence: 1.3% of children under the age of five years in Palestine suffer from wasting. The percentage was 1.7% in the West Bank and 0.8% in the Gaza Strip. This percentage has remained steady as compared to 2014, when it reached 1.2%.

The child development index reached about 84% for children aged 3-4 years who follow the correct development path in at least three of the following four areas: literacy and numeracy (38%); physical development (99%); social-emotional development (82%); and learning (93%).

The data shows that children’s early childhood development has improved from the rate of 72% in 2014.

Results indicate that about 13% of women aged 20-24 years got married for the first time before reaching the age of 18 years; about 11% in the West Bank compared to about 17% in the Gaza Strip.

This percentage has decreased compared to 2014, when the percentage of women aged 20-24 years who were married for the first time before turning 18 years of age reached about 24%.

The percentage of women aged 15-49 years who experienced physical violence, robbery or assault in the last year was about 4%. The percentage by region was about 1% in the West Bank and about 7% in the Gaza Strip.

[1] Basic drinking water services refer to an improved source, provided collection time is not more than 30 minutes for a roundtrip including queuing. Improved drinking water sources are those that have the potential to deliver safe water by nature of their design and construction.